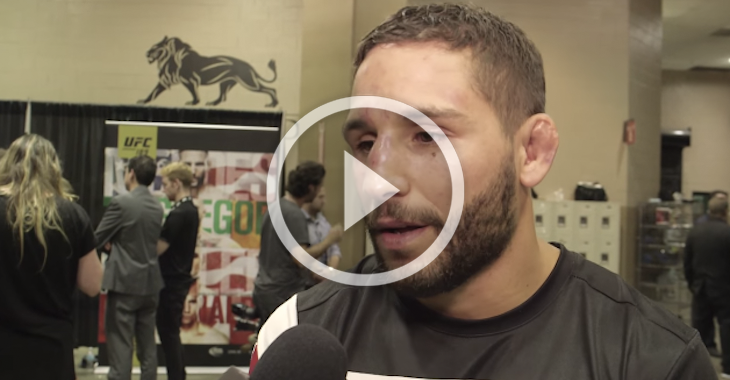 UFC featherweight Chad Mendes catches up with Megan Olivi backstage after a disappointing loss to Conor McGregor for the UFC interim featherweight title. Do you think Mendes was doing enough on the ground to win the fight by way of decision, or was it only a matter of time before McGregor would knock him out anyway?