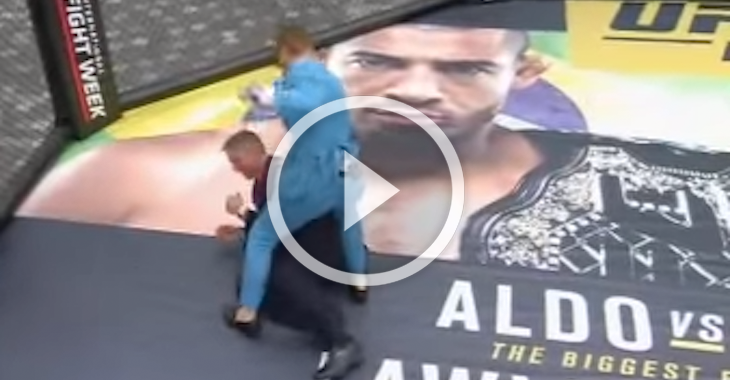 Conor McGregor recently sat down with Chael Sonnen in a promotional octagon to hype his upcoming bout with Jose Aldo. The two are set to clash in the main event of “UFC 189” and is set to have the the biggest pay-per-view buyrate in years. When asked by another reporter if he plans to take the fight to Aldo, McGregor responded by taking the reporter down to the canvas! Check out the video above.