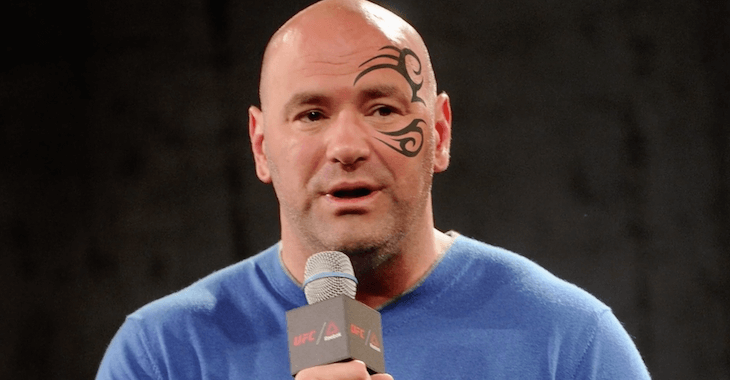 UFC interim featherweight champion Conor McGregor is a fan of the body art, UFC president Dana White, not so much.

McGregor recently added his last name and nickname to his stomach, above and below the tiger face. He mentioned that he doesn’t think White likes it when he gets new tattoos. We’ve also heard bantamweight champion Ronda Rousey say something about White not liking fighters getting ink.

Maybe it’s a PR thing. Either way, McGregor was asked about White’s distain for tattoos and the Irishman said he thinks it’s just because White is old and doesn’t understand them.

When asked what tattoo he would suggest White get, he thought, than said a nice Mike Tyson style face tattoo would go well with his ”big a** head.’

NAILED it. @TheNotoriousMMA has the PERFECT tattoo for @danawhite to get.