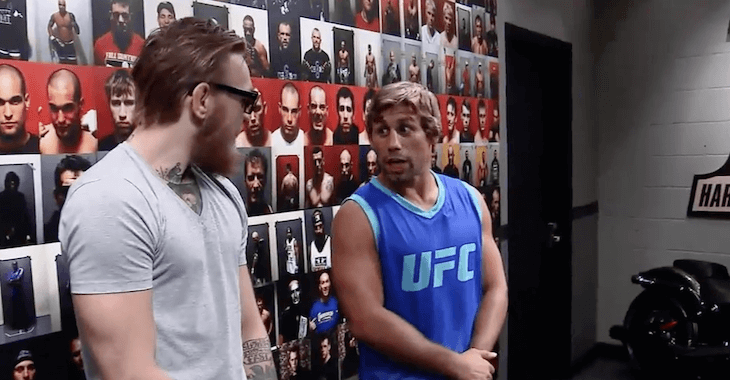 We got another episode of the new season of The Ultimate Fighter on Wednesday night and that means we got to listen to more hilarious back and forth from coaches Conor McGregor and Uriah Faber.

One of the funniest parts took place between the coaches while they stood next to each other in the hall way. Everything from big heads, to big chins, to ‘Pietons!’ were fired off during the verbal assault.

‘Conor McGregor and Urijah Faber waste no time taking pot shots at each other with everything from shoes to chins getting checked in this verbal war of words.’