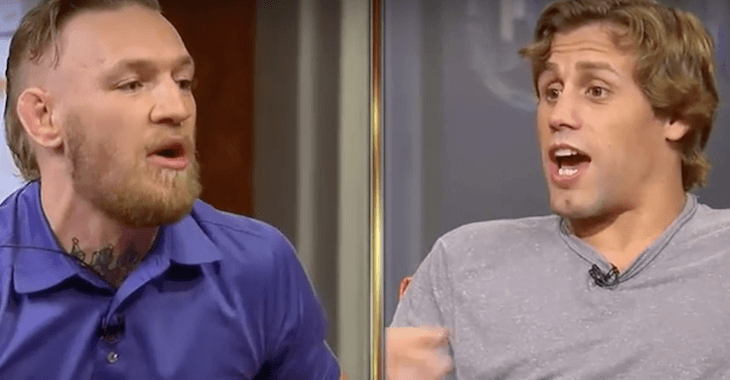 On Wednesday’s episode of UFC Tonight the two appeared in studio to discuss the show and of course all sorts of other topics, including McGregor’s fight with Chad Mendes and potential fights with TJ Dillashaw and Faber himself.

Things stayed pretty light through out, but at times things got a little tense between the two as they debated certain topics. Overall, it was great television.