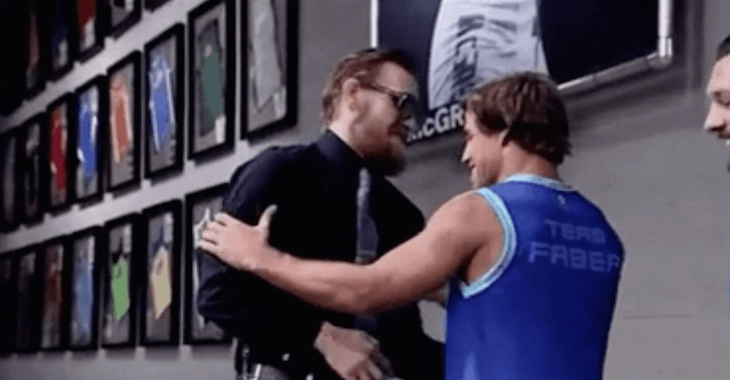 One of the stranger parts of Wednesday night’s TUF premiere was the awkward hug between coaches Conor McGregor and Urijah Faber.

They seem to have a pretty light heated rivalry, not taking each other too seriously. Which is actually refreshing in a lot of ways. It’s more humorous and feels a lot more real than some of the beefs going on in the sport.

During the end of the episode the coaches stood up after watching the fights and it looked like they were about to get into another strange confrontation, like the one at the UFC 189 weigh-ins, but then they embraced, sort of.