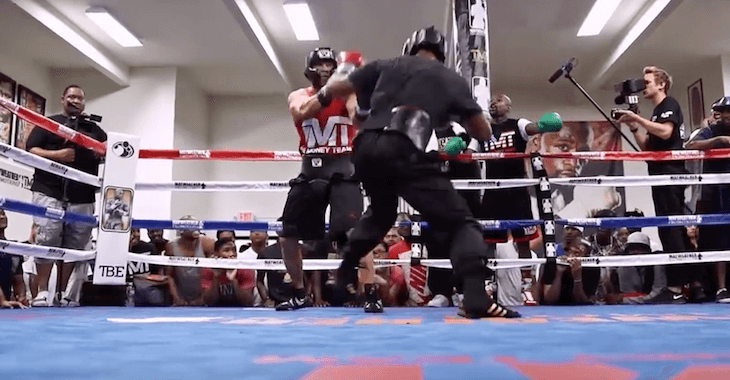 Well, Floyd Mayweather Jr. is gone, supposedly. The boxer beat Andre Berto this past Saturday night and stuck to his word, retiring after the fight.

Obviously only time will tell if it will stick.

Ahead of the fight, Showtime released their All Access series, documenting the training and lead up to the fight from both fighter’s perspectives.

In the first episode we meet one of Mayweather’s bodyguards, who says he used to fight MMA. Mayweather says he’s always asking him to let him get in the ring and spar, so they let him. The bodyguard is huge and he takes on a much smaller guy. Unfortunately, all those muscles couldn’t stop his nose from getting busted open.