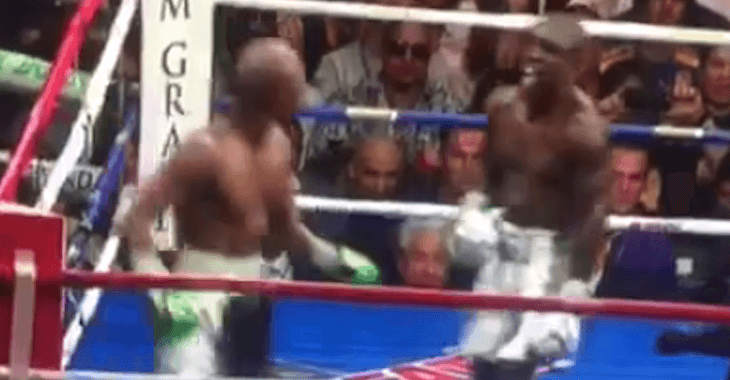 Floyd Mayweather’s style of fighting may not be the most entertaining thing for casual boxing fans to watch. Even diehard fans of the sport criticize “Money’s” evasive style of fighting, labeling it “boring” while accusing it of destroying the sport.

Whether fans or fighters like it or not, the fact remains that Mayweather is rich and has an unblemished record of forty-nine wins and zero losses. He decimated Berto on Saturday evening much like he did Manny Pacquiao and retired, asking younger fighters to break his record. Check out a clip of the fight below where Mayweather forced Berto to follow him around the ring!

Are you a fan of Mayweather’s style? Is he actually too boring, or is his style something casual fans aren’t used to? Share your thoughts in the comment section below!