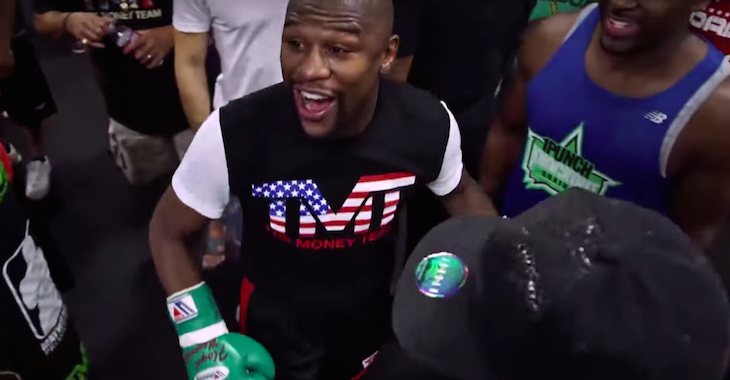 The undefeated king of professional boxing is set to make his return to pay-per-view when he squares off with Andre Berto in what is expected to be “Money’s” final fight. The bout is set to take place on September 12, 2015. Go behind the scenes of both fighters’ training camps by watching the following episode of “All Access”!

In the most recent edition of “All Access”, one of Mayweather’s employees finally got his wish to grace the ring with his presence during a training session. The employee, Jesse Mack, claimed to be a former mixed martial artist who retired back in 2004. Well, he got served in the boxing ring that day as he fell to the mat VERY quick. Check out the replay in the video below!

He tries to say he didn’t get knocked out, but he seemed to hit the mat pretty fast! Do you think he was dazed, or did he lose consciousness? Share your thoughts in the comment section below!