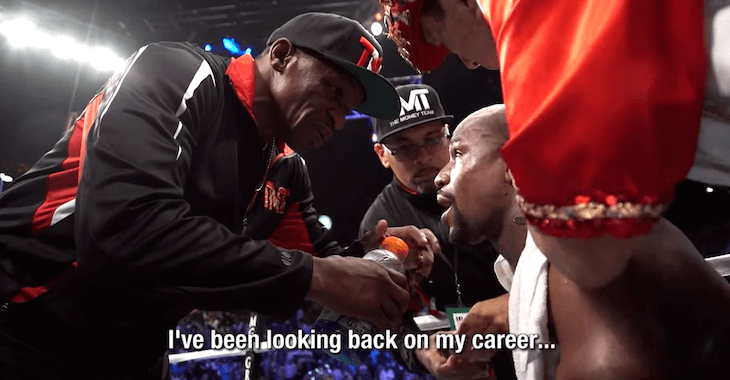 Floyd Mayweather picked up some criticism for how he fought against Manny Pacquiao in May, but there is no denying his most recent performances were anything short of impressive. He walked into the ring looking to secure another win and walked out with his hand raised without so much of a cut on his face.

Mayweather’s last bout took place earlier this month when he went toe-to-toe with Andre Berto in another decision victory. Again, Mayweather gained criticism from boxing fans for not engaging in a slugging brawl but his corner was clearly happy with is performance in the final round of his final fight. Watch his corner get emotional at the end of their fight!

Do you think Mayweather will remain retired, or will he eventually make his way back to the boxing ring to secure a fiftieth win? Who should his fiftieth pro fight be against? Share your thoughts in the comment section below!