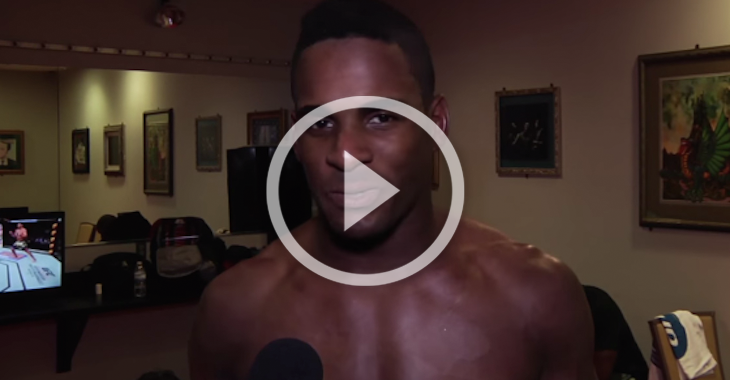 Lorenz Larkin chats backstage following his TKO win over Santiago Ponzinibbio at UFC Fight Night 70 in Hollywood, Florida. Larkin’s offense was diverse which kept Ponzinibbio guessing the entire fight. Ponzinibbio backpedaled which, allowing Larkin to fire off devastating shots before the referee was forced to step in and stop the action.