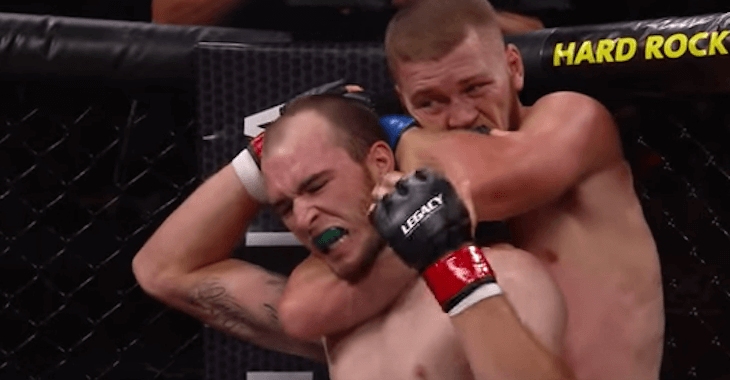 With the ever expanding rosters of Ultimate Fighting Championship, Bellator and World Series of Fighting, it is rare to find a weekend without a major mixed martial arts promotion running a show. Legacy FC 45 had their chance to shine on AXS TV on Friday night and put on an amazing show full of bloody fights and insane finishes! Check out the highlights in the video below!

Do you think Legacy FC will be one of the big players in the world of MMA? They have proven they have the talent to put on amazing fights; What would they need to do to get to the next level? Share your thoughts in the comment section below!