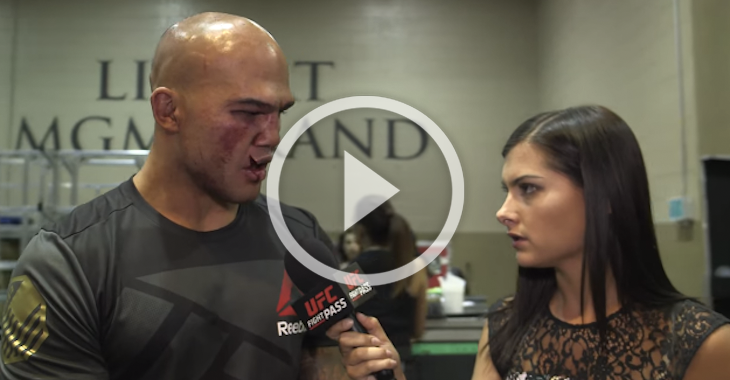 Robbie Lawler was interviewed backstage about his performance at UFC 189 which was capped off with a beautiful TKO win over Rory MacDonald. The championship defense could go down in UFC history as one of the greatest the division has ever seen.