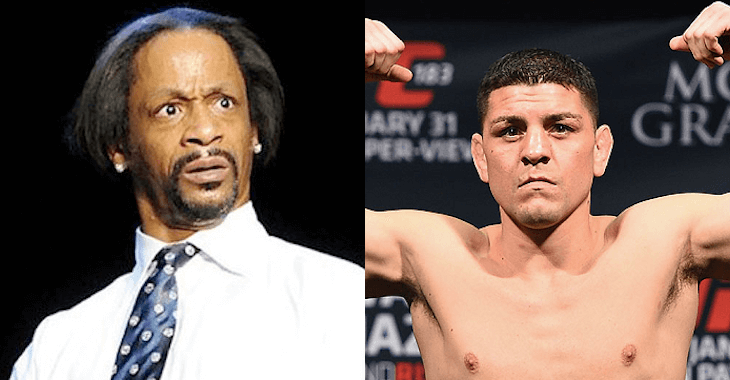 As soon as it was revealed that Nick Diaz would be suspended for five years due to failing one of his drug tests at UFC 183, the mixed martial arts community came out in full support of the former Strikeforce champion. Everybody from Ronda Rousey to Gina Carano spoke out against the Nevada State Athletic Commission and unjust punishment.

Now, it seems the world of Hollywood is getting the back of one of 209’s finest as Katt Williams has spoken out about the matter. He believes that it is an extreme punishment for a drug that isn’t even truly a performance enhancer. Check out exactly what Williams said in the video below!

See what some of the best of mixed martial arts had to say about the suspension in the video below!