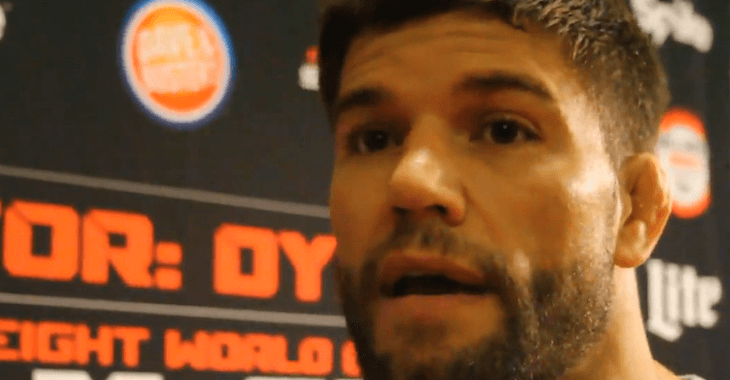 Former Strikeforce lightweight champion and UFC fighter Josh Thomson will get to make his Bellator MMA debut in front of his home crowd, in San Jose, CA.

He’ll be fighting Mike Bronzoulis at this Saturday’s historic Bellator ‘Dynamite’ event. It will be the first of its kind, featuring both a cage for MMA fights and a ring for GLORY kickboxing matches right next to each other in the same venue.

Before the fight Thomson talked to the media, including BJPENN.COM’s Layzie The Savage, about what it means to him to get to fight in his hometown on such a big event. He mentioned one of the biggest benefits is being able to keep his diet and routine all the way up to the fight, instead of traveling all over the world and messing up your routine because you don’t know anything about the location you’re fighting at. For example if you go fight in a different country then you aren’t going to know where to get the food you usually eat and what not.

He also enjoys the fact that he’ll be fighting in front of the youth from his city.