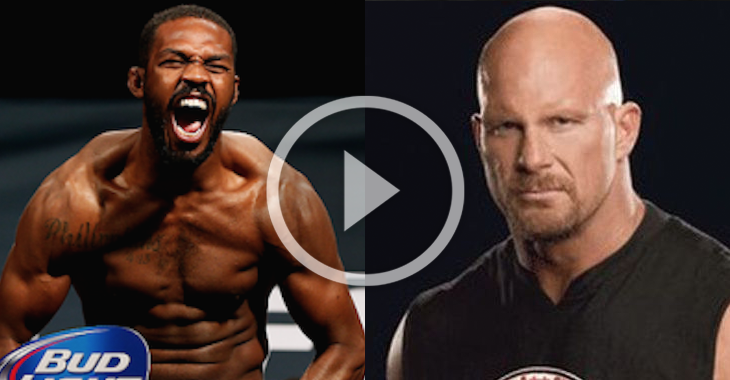 Jon Jones may be in some legal trouble, but UFC cannot erase what “Bones” has already done in the octagon! Jones’ most impressive all-around performance to date, persona included, was when he showed no mercy toward current UFC Light Heavyweight Champion Daniel Cormier after their fight at UFC 182. Slap some “Stone Cold” Steve Austin music over his interviews, and he trash-talks just like the “Texas Rattlesnake”!