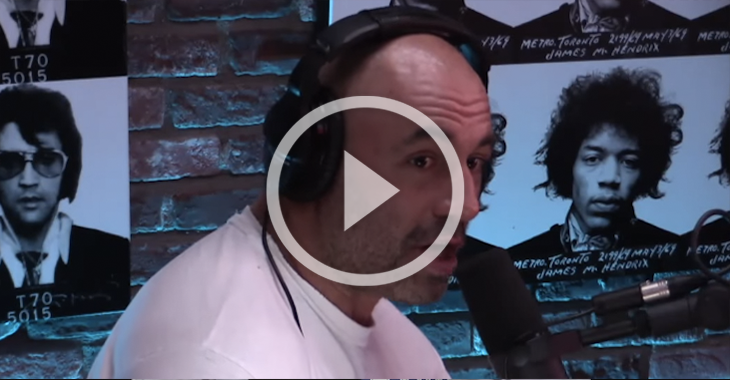 Kimbo Slice pulled off a come-from-behind victory on Friday night that brought the crowd in St. Louis, Missouri to their feet when he defeated Ken Shamrock. Shamrock executed a takedown early on in the fight and locked in what looked to be a tight rear naked choke, but Slice was able to escape by simply turning out of the hold. The fight went to the feet shortly thereafter and Slice proceeded to blast Shamrock with punches before the referee stepped in to wave off the fight.

UFC Commentator Joe Rogan talked about the fight on the “Joe Rogan Experience” podcast and questioned the validity of Slice’s victory. What do you think; Did the finish look fishy to you, or is Rogan looking into it too much? Share your thoughts in the comment section below!