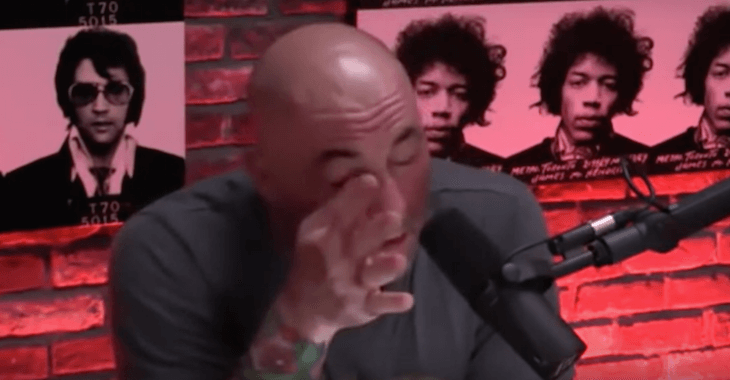 You’ve probably already heard or read that UFC commentator Joe Rogan almost cried when he interviewed UFC champ Ronda Rousey in the octagon after her 34 second KO over Bethe Correia at UFC 190.

Rogan said that just the fact that he was witnessing history and how special the moment was, being in Brazil, and the fact that he has daughters all almost caused him to shed tears in the cage.

Well it looks like it all caught up to him again because during a recent episode of his podcast, ‘The Joe Rogan Experience,’ while talking to Rousey, he began to get emotional just talking about the moment and at one point had to wipe his eyes.

It’s understandable. Sure you might think it’s kind of strange that he’s getting emotional, but think about it. If you’ve been involved in MMA as long and as much as Rogan has and have young daughters like Rogan, than witnessing Ronda Rousey go into that fight, with all the personal stuff about her father going around, and seeing her do what she did, it would probably make you feel something too.