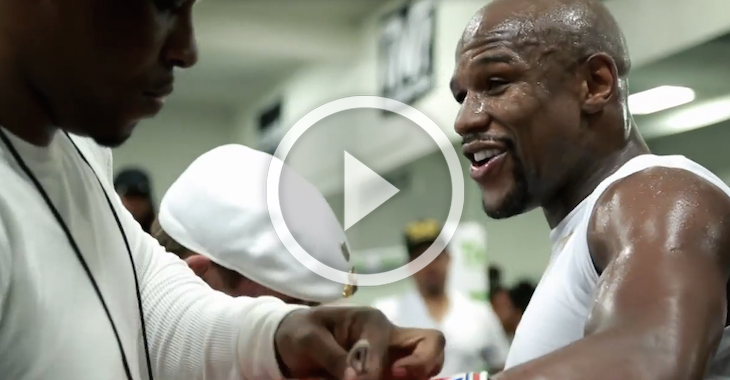 After years of speculation and anticipation, the fight is finally happening. Floyd Mayweather and Manny Pacquiao will be stepping into the ring on May 2nd to decide who the best boxer of this generation has been after all these years. Both sport impressive records and performances, but those will soon be forgotten once the lights are on them.

News broke earlier this week that Mayweather’s bout with Pac-Man may be his last. He stated, “I’m pretty much done with all this. It’s not fun like it was back then. It’s business now. I don’t really enjoy it any longer. Final [fight] at the MGM Grand in September.”

This isn’t the first time that Mayweather informed the media that he would retire as he has done so at other media scrums. However, considering Pacquiao is the final top-tier opponent Mayweather has yet to face, his comments may hold true.

Don’t miss out on the action! Come back to BJPENN.COM on May 2nd for your Floyd Mayweather vs. Manny Pacquiao fight-night coverage!