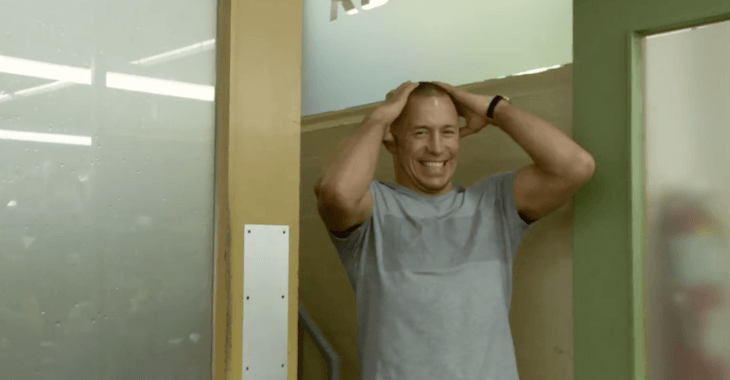 Former UFC welterweight champion Georges St-Pierre is a spokesperson for the company Royer, who make boots and shoes.

In this cool video, posted by GSP, we see him arriving at the companies facility and he thinks he’s there to surprise all the workers.

But, what he doesn’t know is that he’s the one in for a surprise because the whole company already knows he’s coming. It’s a pretty cool look at GSP outside of the octagon and he did look genuinely surprised.

Answer all those questions now, in the comments!