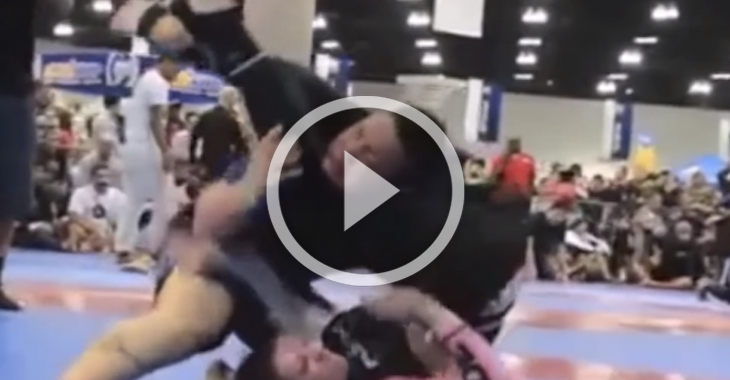 Purple belt Gabby Bella knows how to get the job done! After seventy minutes of grappling with her opponent, Bella trapped them in an inverted leg scissors. It almost looked as if her opponent didn’t even know he was in trouble until it was too late. Speaking of too late, the referee must have had a bad angle because he let that choke go on FAR too long. Either way, check out the sick submission!