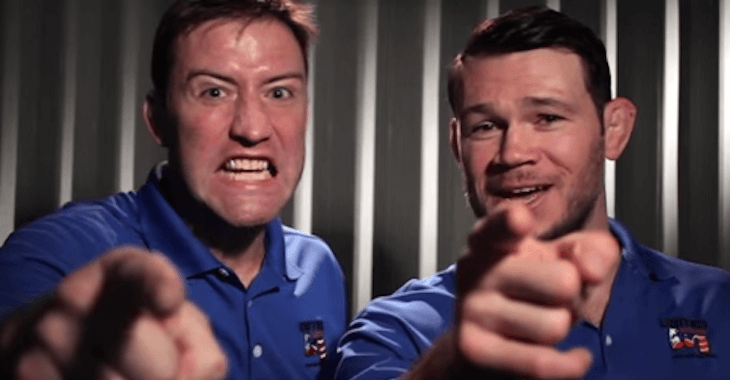 Forrest Griffin and Stephan Bonnar have both seen their fair share of successes in the world of mixed martial arts, but their names will always be paired with each other due to their legendary battle. Bonnar and Griffin met in the finals of the first season of “The Ultimate Fighter” and left it all in the octagon in a fight that put UFC on the map.

The fight was so unbelievable that Dana White rewarded both the winner (Griffin) and loser (Bonnar) contracts with the company, ultimately both getting inducted into the hall of fame. The two have gone separate paths now that Bonnar is with Bellator, but the two reunited for a commercial with Nissan! Check it out below!

Would you like to see Griffin or Bonnar back in the octagon eventually, or is it time for them to move on? Share your thoughts in the comment section below!