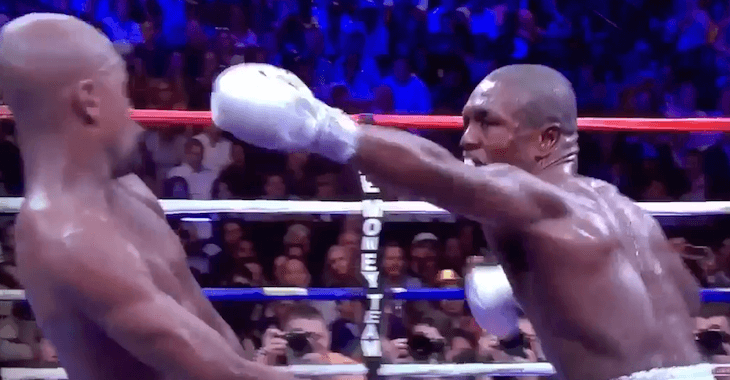 Floyd Mayweather’s style of fighting may not keep spectators on the edge of their seats, but there is no denying he outclasses his opponents every time he steps into the ring. “Money” proved last night his head movement and counterpunching were on point when he repeatedly dodged Andre Berto’s punches! Berto was firing off (and missing) two and three punch combinations only to get cracked with a counter in return. Check out one of the most impressive clips of the fight below!

Mayweather announced his retirement after his fight and stated he wants his records to be broken by the fighters of tomorrow. Do you think a competitor like Mayweather will allow himself to sit back on the couch, or will his fighting spirit bring him back to the ring? If he comes back to the ring, who would you want him to face? Share your thoughts in the comment section below!