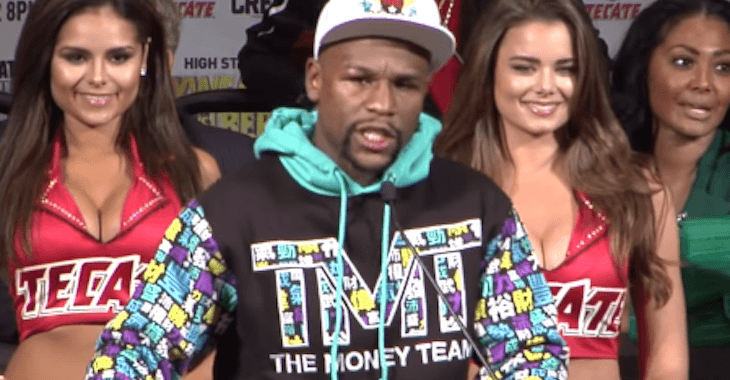 The undefeated king of boxing walked into the ring with an unblemished record and walked out with his hands held high above his head on Saturday night. Floyd “Money” Mayweather performed a clinic on Andre Berto and, even though he did not satisfy the masses with a brawl, he escaped with taking minimal damage and a major payday. As a fighter in a sport where brain damage is a serious issue, is that such a bad strategy?

Mayweather took to the microphone and gave an extremely long farewell speech where he covered everything from his critics to the future of boxing. Check it out below!

Do you think “Money” will remain retired? Will he get the itch to come back and retire undefeated with an even fifty wins to his name? Share your thoughts and predictions in the comment section below!