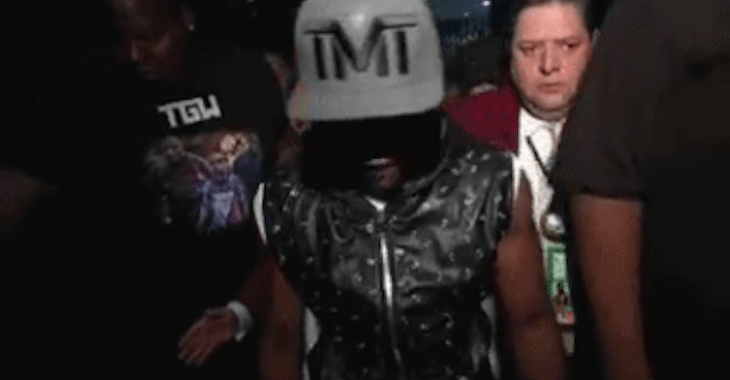 When Floyd Mayweather made his way to the ring tonight, he was all business! The undefeated king of boxing is set to put his forty-eight fight win streak on the line against Andre Berto in Las Vegas, Nevada. “Money” will be putting his WBA, WBC and The Ring welterweight titles on the line tonight in the MGM Grand Hotel & Casino.

Check out the clip of his walkout below in the image supplied by the legendary ZombieProphet!

Stay tuned to BJPENN.COM’s continued coverage of the event!