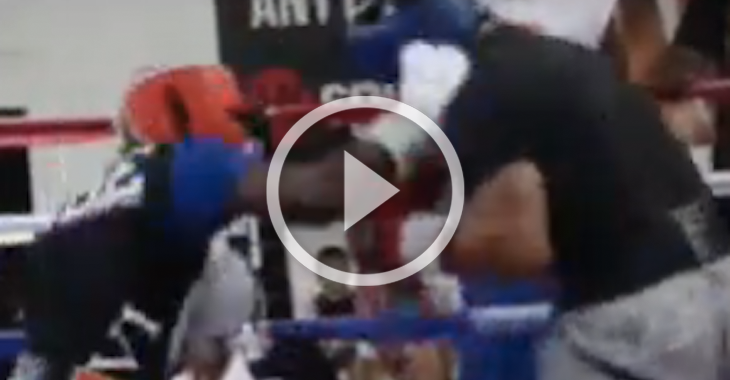 News broke that Floyd ‘Money’ Mayweather Jr. would be making his return to the boxing ring in September, and the champ has already started his training camp! While his opponent has yet to be announced, it has been rumored that he could be fighting Andre Berto on CBS. Check out the pound for pound king putting work in at the gym below:

Who do you want to see Mayweather fight next? Share your thoughts in the comment section below!