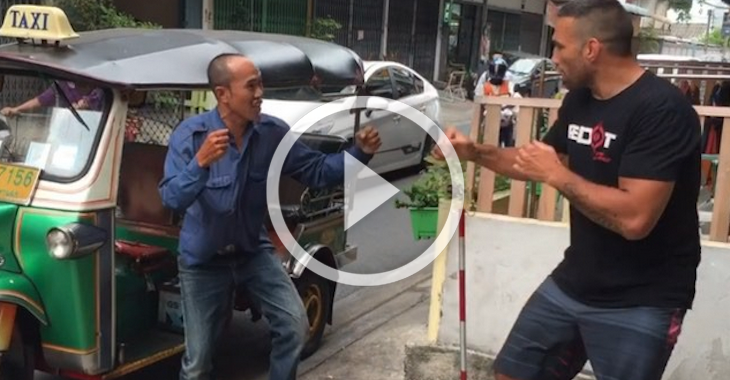 UFC Heavyweight Champion Fabricio Werdum has been spending some time in Thailand working on becoming a more dangerous kickboxer than he already is. Werdum’s brutal strikes have already knocked out some of the toughest chins in the UFC like Mark Hunt’s, but this Thai taxi driver isn’t afraid of that! Check out this hilarious video of Werdum trying to get back home!

All joking aside, who should Werdum defend his newly won UFC Heavyweight Championship against first? Share your thoughts in the comment section below!