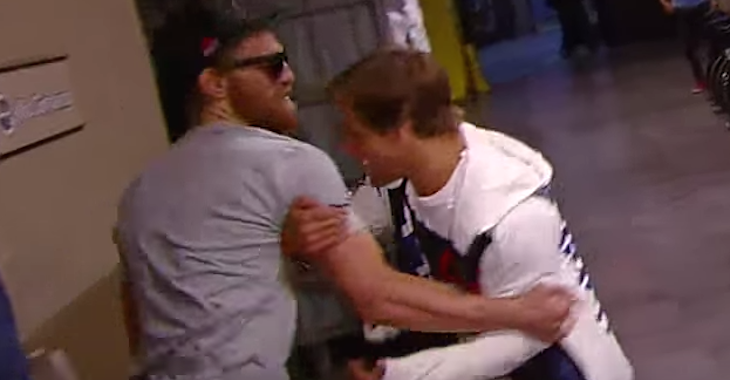 Urijah Faber tells the story of how he and Conor McGregor got into a confrontation in a bathroom before “The Notorious” stepped on the scales for the UFC 189 weigh ins.

McGregor made weight and the scuffle was a non-issue, but it became clear to everybody involved that there was bad blood between the two. Dana White saw this as an opportunity to give the fans what they wanted while cashing in on a big-money opportunity and named McGregor and Faber the coaches of the twenty-second season of “The Ultimate Fighter”.

While Faber and McGregor will NOT fight at the finale, you can be sure to see sparks fly throughout the season. Do you expect the two to ever fight? Share your thoughts in the comment section below!