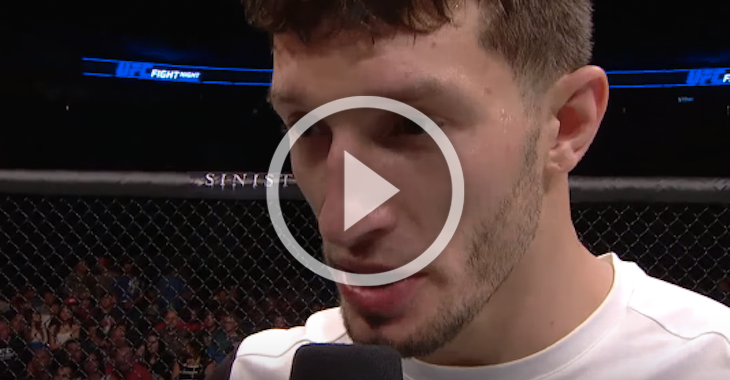 The path to the octagon is a long and tenuous one. Mixed martial artists sacrifice so much time to make it to the grandest stage of them all, and some of them don’t know when to call it quits and hang up their gloves. At UFC Fight Night 74, Frankie Perez fulfilled his goal of picking up a UFC win and decided to retire in the octagon during his post-fight interview. Check out the full replay of his interview above!