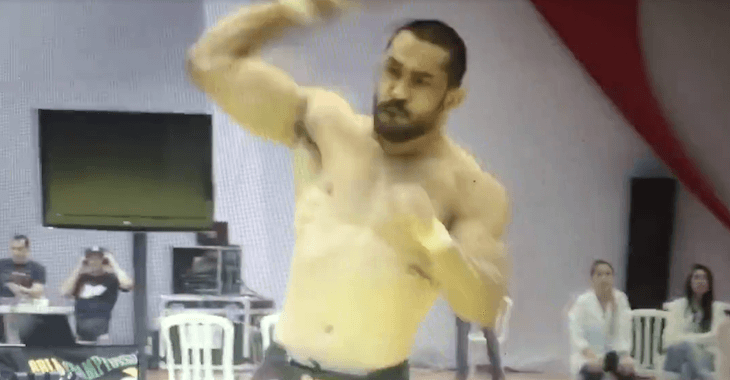 Davi Ramos turned out to be one of the top grapplers of the weekend at the Abu Dhabi Combat Club Submission Wrestling World Championship (ADCC 2015) on Sunday. He capped off his gold-medal performance with a submission that will be talked about in the grappling world for years to come.

After Ramos submitted Gilbert Burns with a rear naked choke and Lucas Lepri beat Octavio Souza on points, the stage was set for the 170-pound finals. Toward the end of the bout, Lepri was on his back and, in the video below, you can tell that Ramos wanted nothing to do with Lepri’s guard. Instead, Ramos leapt into the air and grabbed a hold of Lepri’s left arm. Ramos transitioned into an armbar perfectly and Lepri made the split second decision of tapping out, which is a good thing because that hold was in there TIGHT!