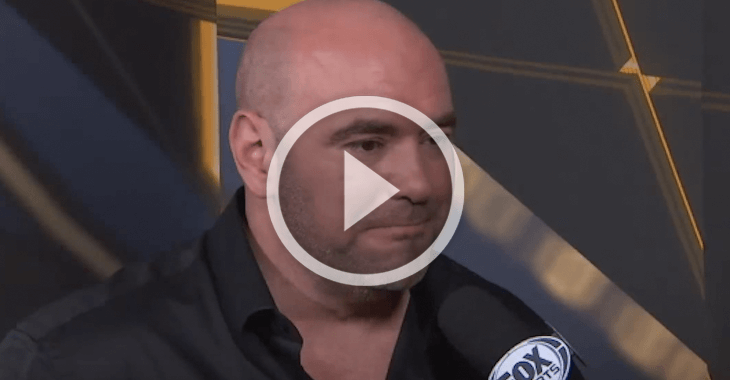 UFC President Dana White had one of the best views in the Ethiad Stadium in Melbourne, Australia to see Holly Holm defy the odds! “UFC 193” hosted was bookies were labeling as one of the most lopsided championship fights in UFC history when Ronda Rousey attempted to defend her belt against Holm. Holm kept her distance and utilized her striking to pick the champion apart before knocking her out in the second round to become the new UFC Women’s Bantamweight Champion.

White put the belt around Holm’s waist and congratulated her, but you could tell he was concerned about the health of one of his star fighters. Millions of eyes were on Rousey at “UFC 193” following her dominant win at “UFC 190” and she is surely the center of attention of social media today, trending on Reddit and Facebook. Moments after the card concluded, White spoke with Fox Sports and shared what was going through his mind after such an amazing upset win.

Should Rousey be next in line for a title shot? Surely her performances before “UFC 193” warrant an immediate rematch, but should Tate be next in line? Share your thoughts in the comment section below!