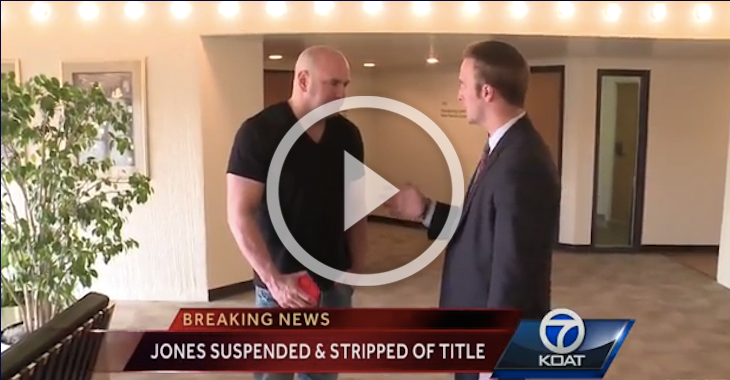 UFC President Dana White was in Albuquerque, New Mexico earlier this week to see Jon Jones face-to-face. While he was in town, White was questioned by the media about Jones and what his punishment would be. Somber in his response, White seemed stern and set that he had something in mind. Of course, later that day, White would announce the stripping of the title and suspension of Jon Jones.