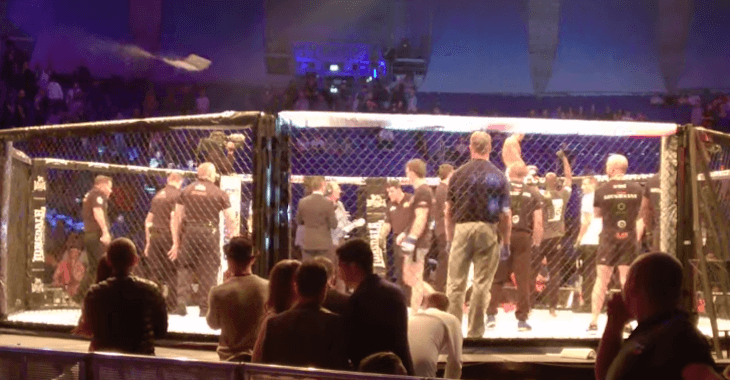 Judges’ inability to properly score fights usually gets a rise out of the crowd, but this is a completely different level. More often than not, when fans disagree with how the judges scores a fight they simply voice their disproval with a parade of boos or “bull s***” chants. Things were handled a little differently at a recent BAMMA event, however.

Tom Duquesnoy defeated Brendan Loughnane in a controversial decision this past weekend at BAMMA 22 and fans decided to litter the ring with cups filled with liquid. Some may have been beer, but Redditor Dingobabie claims he saw at least one cup filled with urine! “…Police came in and caught a guy with his pants open doing it,” Dingobabie stated. Check out the video below for footage!