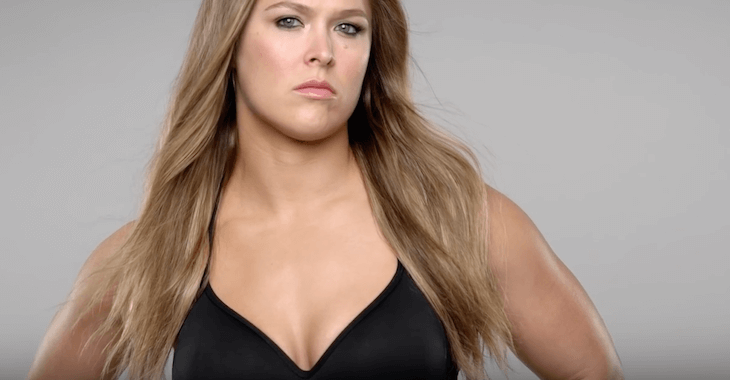 So this is either marketing genius, or just kind of creepy, you decide.

In the new commercial for Carl’s Jr., spokesperson and UFC champion Ronda Rousey stands and stares. At you. For an extended amount of time.

The video tells you to have a staring contest with Rousey in order to win a prize blah blah blah. It’s an interesting tactic. But I have to say watching a video where Rousy isn’t saying a word, just staring straight ahead, into your eyes, is a little unnerving.

Rousey will look to defend her belt once again when she takes on the undefeated Holly Holm at UFC 193, in Melbourne, Australia on November 14. In the co-main event of that event we’ll also get Joanna ‘Champion’ taking on Valerie Letourneau.