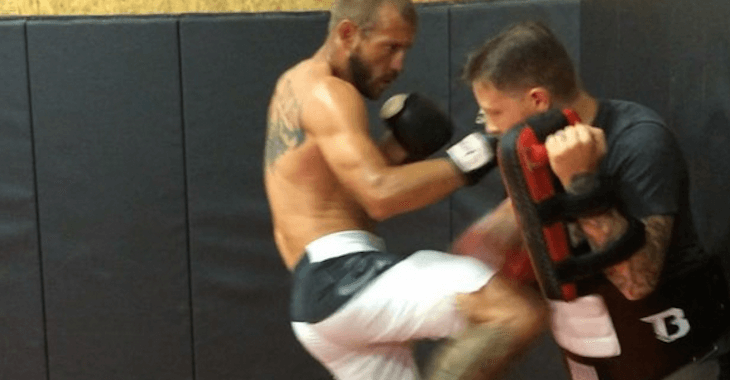 Donald “Cowboy” Cerrone’s path to a shot at the UFC Lightweight Championship was anything but quick and easy.

Paul Kelly was Cerrone’s first victim in the octagon way back in 2011 and it wasn’t long before the former WEC fighter accrued an impressive win-streak. After picking wins up against Vagner Rocha, Charles Oliveira, and Dennis Siver in the same year, Cerrone ran into his first roadblock in the form of Nate Diaz. Stockton’s Diaz decimated Cerrone who was baffled by his orthodox striking style, but Cerrone would bounce back with big victories over Jeremy Stephens, Melvin Guillard and Strikeforce veteran KJ Noons.

Diaz wasn’t the only lightweight to deal “Cowboy” defeat, though, as former champion Anthony Pettis and Rafael dos Anjos both derailed Cerrone’s path to gold. Cerrone changed gears and went on to ride the momentum of each victory into his next fight until he was staring at the chance of securing an eight fight win streak at UFC 187.

Cerrone easily knocked out late-replacement John Makdessi and finally earned an opportunity at lightweight gold. “Cowboy” is having his Sunday Fundays, but he is also throwing down in the gym! Check out how he is looking in the video below!

Cerrone goes toe to toe with Rafael dos Anjos at “UFC on FOX 17” on December 17, 2015. Who do you have walking out with the gold? Share your thoughts and predictions in the comment section below!