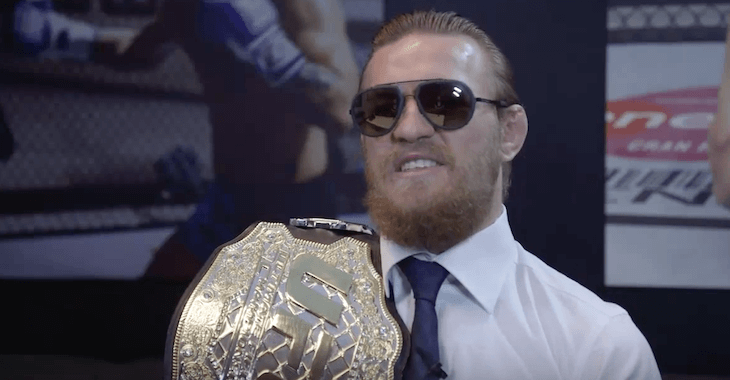 Conor McGregor is set to coach opposite of Urijah Faber on tonight’s premiere episode of The Ultimate Fighter.

Sure there have been talks about him not really being a ‘coach’ to his team, and TJ Dillashaw said he was barely even there, but you can be sure that we’ll get plenty of McGregor.

In a recent interview to promote the show, McGregor talked about the state of his division, saying everyone is just trying to win the lottery to get a chance to fight him.

‘Conor McGregor doesn’t dispute that his title belt is the real one. How will his title reign differ from past champions?’