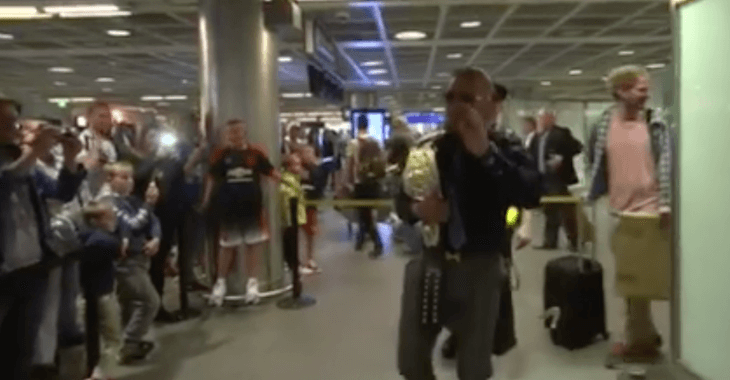 Busy with promoting UFC 189 with Jose Aldo, then with Chad Mendes, then fighting and then coaching The Ultimate Fighter.

The Irishman’s been in Las Vegas for a while now and finally got to go home. He attended the UFC’s ‘GO BIG’ press conference, than booked a plane back to the motherland.

When he got there he was mobbed by a ton of fans waiting to see his arrival.

It’s been a wild ride for The Notorious one the last couple of months but today Conor McGregor lands on home soil excited to see his family and friends.