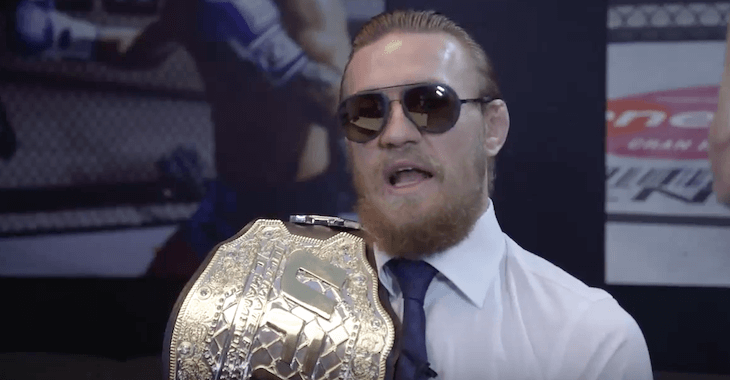 On the upcoming season of The Ultimate Fighter, Team USA and Team Europe will face off. Coached by Urijah Faber and Conor McGregor, the show is sure to be full of entertainment.

Ahead of the show premiering, Faber and TJ Dillashaw have said that McGregor wasn’t really there for his team. It could just be some trash talk between them right? Well according to what McGregor says in this video, it seems like maybe he was just looking to be there for moral support.

Check out what he said!

‘Conor McGregor doesn’t think he needs to be at his team’s training sessions. Find out why.’