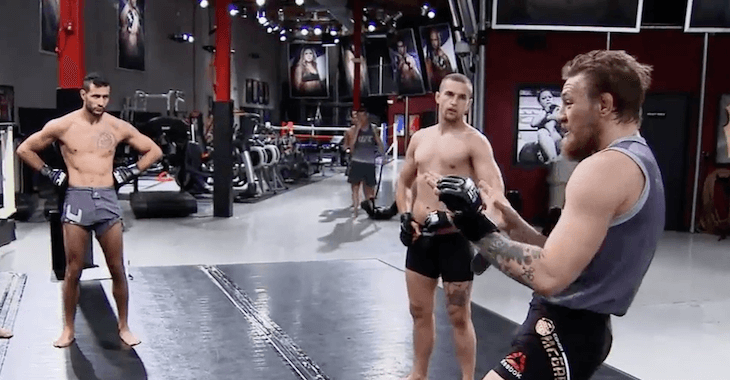 On Wednesday’s episode of The Ultimate Fighter we finally got to see just how coach Conor McGregor would interact with his team. There was a lot of talk before the season even started about how McGregor really didn’t do much actual coaching. Even McGregor said he wasn’t looking to train anyone on his team.

Well he basically stuck to that in this episode, aside from when he demonstrated his unique way of training to the team, then had them go at it.

‘Conor McGregor often talks about how his training methods are superior to the average MMA fighter. Now watch how the interim featherweight champion instills those same values in his team of European fighters.’