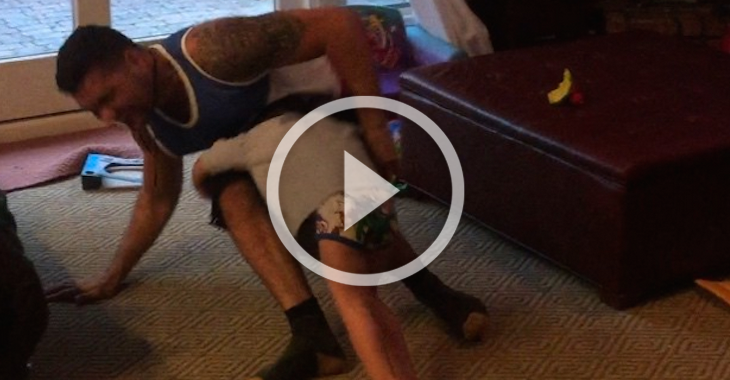 UFC Middleweight Champion Chris Weidman may be able to out-grapple the likes of Vitor Belfort and Anderson Silva, but it looks like his own son is giving him some trouble! Weidman shows what a great father he is by wrestling around with his son who actually does impress several times throughout the video. From his form to his approaches in takedowns, this kid is going to give his classmates some hell when he makes the team!

There is not to many things I enjoy doing more than this.