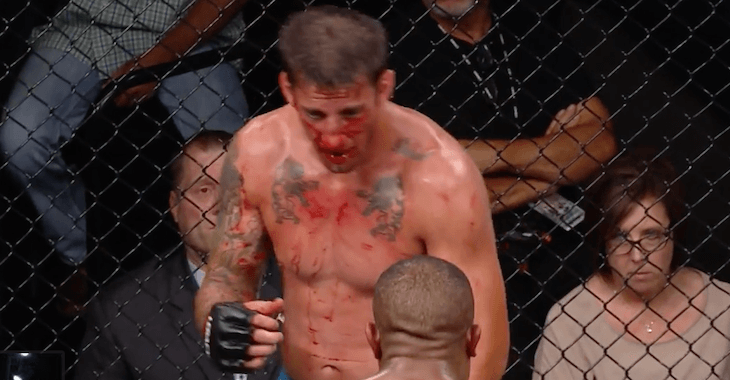 At Legacy 45, which took place on Friday night at the Hard Rock Hotel & Casino in Tulsa, Okla, we got to see some truly exciting fights.

One of which turned extremely bloody when a shin connected with a nose.

During the fight between Bilal Williams and Canaan Grigsby, Williams landed a nasty kick that busted Grigsby’s nose up bad. The blood began to pour. Grigsby looked rocked but managed somehow to make to the end of the fight.

His nose looked badly disfigured by the time the the fight ended.