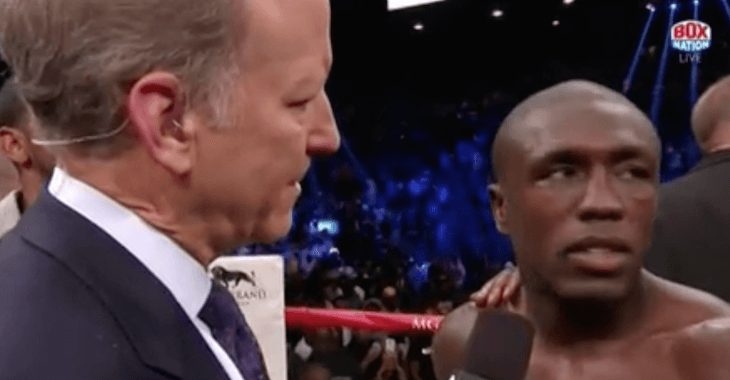 Last Saturday we saw what is supposedly Floyd Mayweather Jr.’s final fight. He took on Andre Berto and the fight went about the way many were expecting it to.

Mayweather basically just coasted through the fight, dancing around the ring and avoiding everything from Berto.

He walked away with the decision win and rode off into the sunset. After the fight, while still in the ring, Berto was asked about the fight and also asked if he thought Mayweather was the best boxer ever.

Berto had to really think about the question and seemed a little hesitant. Before he could give his full answer a fan in the crowd shouted out, screaming no.

So, what do you guys think, where does FMJ rank amongst the best?