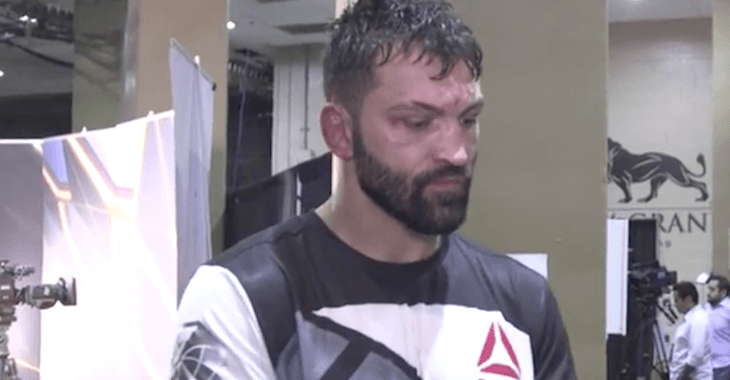 Well he got the win at UFC 191, but like a lot of the viewers, Andrei Arlovski wasn’t very impressed with his own performance.

The fight was expected to be a battle full of fireworks and crazy moments. Instead it turned out to be a three round fight with a lot of clinching and lazy striking.

Check out the interview below and see what Arlovski had to say about the win.