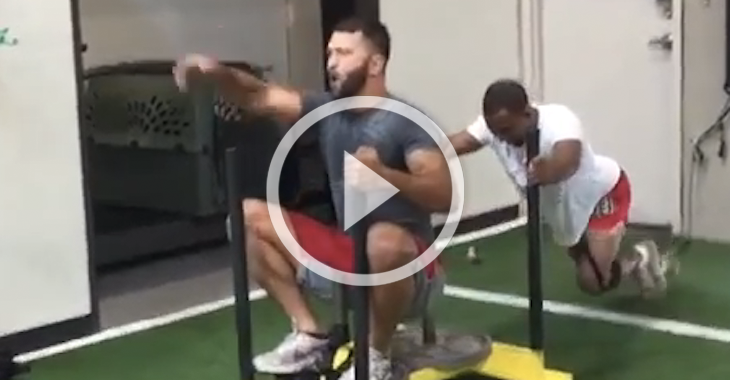 Andrei Arlovski and Frank Mir are both former UFC heavyweight champions looking to get back on the path to gold with a win at “UFC 191”.

Arlovski is currently ranked fourth in the division and is risking a lot by facing tenth ranked Mir in the co main-event of UFC 191. A victory for Mir could catapult him close to the top five while a win for “The Pitbull” could secure him another shot at the championship. Arlovski has chosen to take his training to the next level as shown in the video above!

Who do you think is going to walk out of the octagon with their hands raised in victory? Share your prediction in the comment section below!