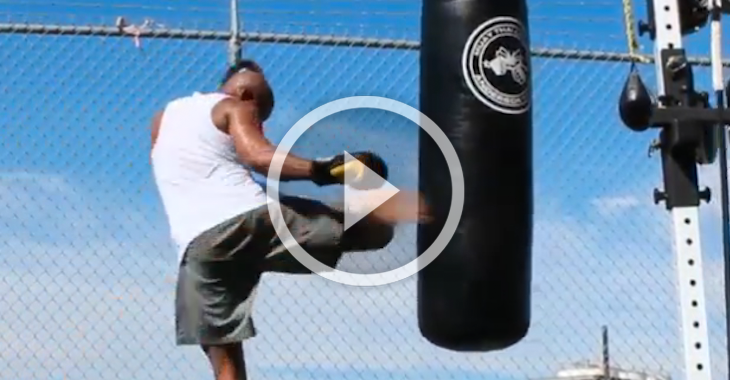 Anderson Silva has been forced to sit on the sidelines and watch the UFC’s middleweight division shift before his very eyes. While he remains on the rankings, he has slipped from champion to number five under the likes of fellow Brazilians Vitor Belfort and Lyoto Machida. While the status of his suspension for PEDs remains a mystery, Silva has been keeping fresh and looks to be ready to return to action at the drop of a dime! Check him out showcasing his muay thai skills!

Who would you like to see “The Spider” face in his octagon return?