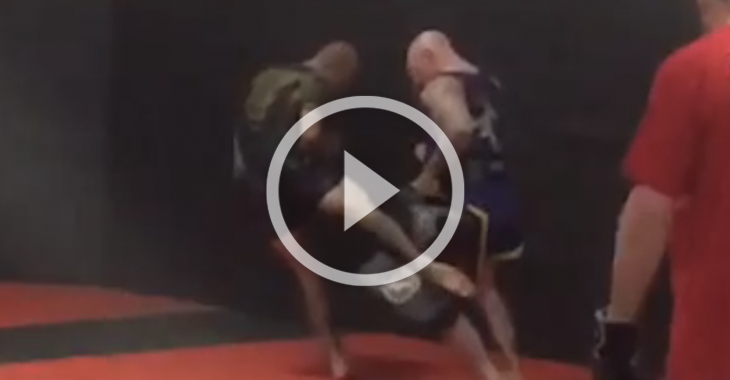 Donald Cerrone was originally scheduled to face Khabib Nurmagomedov at UFC 187 this month, but Nurmy was forced to pull out of the fight due to a leg injury. It may have been best for him to pull out because this video shows Cerrone holding NOTHING back as he blasts a pad with this low kick!

It sounds like a gunshot goes off when the kick lands… check out the video below!