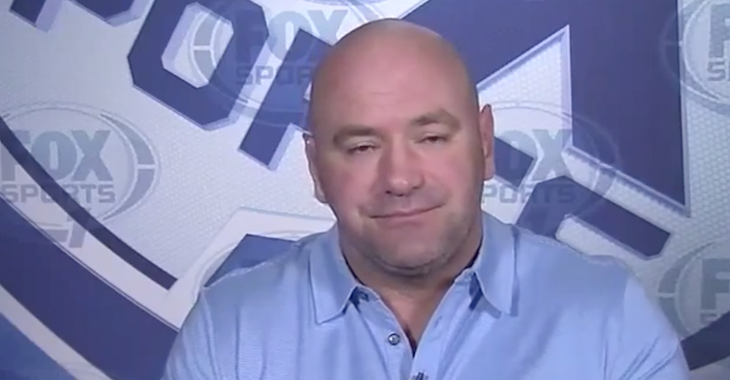 Yesterday Lorenzo Fertitta and Dana White were present for the unveiling of the new UFC drug testing policy and program.

During the Q&A part of the press conference a reporter asked if any UFC employees or executives would be tested just like the fighters.

Fertitta and White had some fun with the question and said ‘sure test us’.

Fertitta: “You can test me for those, yeah lets do it.”

White: “You can test me too. I like to drink but other than that…”

Fertitta: “Test positive for whiskey for sure.”

I know one UFC employee that probably wouldn’t do to well on the test….his name rhymes with Slow Cogan.

But really, do you think that should ever be a rule?