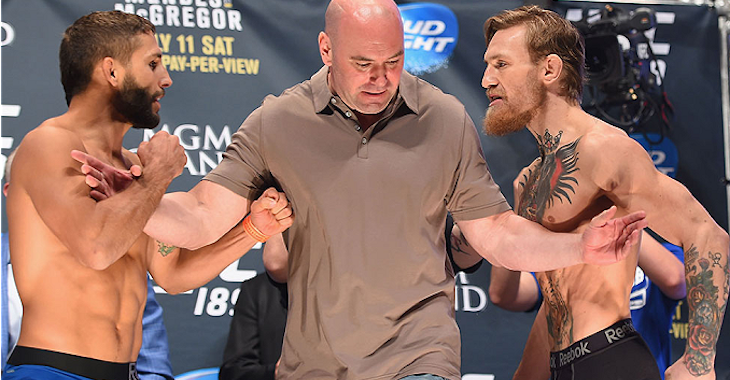 Conor McGregor is a man who holds nothing back when it comes to hyping up his upcoming fights. Whether it be trash talking or placing wagers on himself, McGregor backs up what he says and may have taken home $3,000,000 because of it.

Leading up to his fight at “UFC 189”, McGregor attempted to bet Dana White that he would finish Chad Mendes inside two rounds. White responded to the bet by saying, “I like to bet, I don’t know if I’m that willing to take that bet. When I tell you how extremely confident this guy is in himself, it’s fascinating.”

True to his word, McGregor went out into the octagon and finished Mendes by way of technical knockout in the second round. While on ESPN SportsCenter, McGregor talked about the fight and mentioned that he had placed the bet with his employer:

“I predicted I would knock him out inside two rounds. I placed a bet with my business partners; a multi-seven-figure bet that Chad would not escape the second round. Lo and behold, when McGregor predicts something, the prediction comes true. That’s what happens.”

McGregor saying he “placed” a bet would suggest that his employers took the bait. The payout would be bigger than his reported earnings for the fight itself!