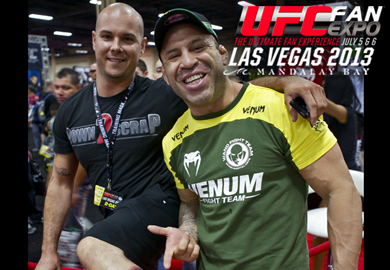 I would fight him if he wins or loses against Rashad. I have no problems with that. I’m not that type of guy that only accepts a fight when a guy is coming off a win. That’s an interesting fight and I will have to be ready because he’s a good athlete, and I want to be able to do everything that the fans expect me to do against him: beat his ass.”

Ready to settle one of the biggest rivals in MMA, Wanderlei Silva, tells MMAFighting.com that he wants to fight Chael Sonnen in either fighter’s home territory.

Currently Sonnen has a bout booked opposite Rashad Evans, and Wanderlei doesn’t care what the outcome is, so long as he gets his hands on the man who has disrespected him for years.