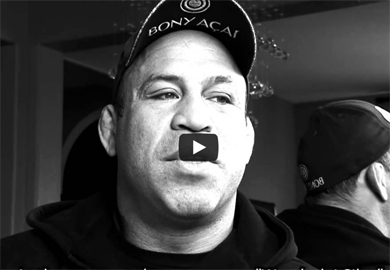 “This is a fight that everyone wants to see. I’m already counting on your support. Because your support is what will make this fight even better. I want to thank Dana White for putting me on this event, as the main event, in Japan, at the Saitama Arena. A place where I’ve fought so many times and had some of the greatest moments of my career. It will be an honor for me.

“The Japanese public is unique. Most people comment on that they are very quiet. Something that many people don’t know about but Wanderlei Silva taught the public to cheer. One day, I was watching an event there with 22,000 people and during the fight, I could hear a cell phone ringing. I asked my coach, ‘Is that a cell phone ringing?’ He said, ‘Yes, that is a cell phone.’ But with the Pride fights, we succeeded at doing a good job, and we had great fights. Fights full of excitement. And with that the fans started cheering more. You could see the improvement as the public was being reeducated. Because Pride was the first event at that level and size. It was a unique moment in the history of the sport.

“Japan has a different atmosphere, a different energy. I’ll be tasting that energy again on March 3. I can only guarantee one thing to my opponent and to all of you who will be watching: You will see a Wanderlei full of disposition. I will be testing Brian Stann’s chin. I am feeling stronger, faster, and more explosive. This fight will be a classic. Someone will end up on the ground, and not because of a takedown.”